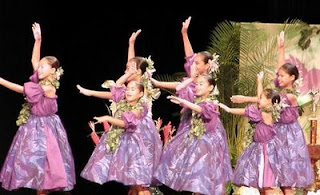 Just returned from an hour-long free hula lesson at a Waikiki shopping center to hear my Fave Radio Host interviewing Alex Tabarrok of George Mason University on the worthlessness of going to college. Here's a professor--ie guy who makes his living from a college Economic department--questioning states' subsidies of anthropology, sociology and psychology and presumably, his own discipline, too.  Fave Host agreed, asking why high school kids prefer institutions of higher learning to just plunging into the workworld and making money, when in the end, they do the same thing 4 years later with a mountain of debt.

Answer: with the sheepskin, they at least get an interview. Without it, they're unemployed.

I happen to be a fan of college education. But I'm also one of those blessed with the kind of skills that allow me to succeed there (57% of college students are women).The anti-college argument is that for the many--perhaps majority--of the populace not so blessed, college becomes simply a hurdle to be jumped, and neither prepares students for a career nor adds to their becoming more "well-rounded" and thus higher-quality citizens.

Sounds logical, but there's no getting around that we can't go back to the 1940s and 50s, when a college education was the exception rather than the rule.  Nowadays, the extension of adolescence has made a baccalaureate the equivalent of the high school diploma, a symbol that the graduate has tenacity and can take a test and write a paper.  It assures that the student has taken certain courses, and within those, completed required assignments.  People who earn a college degree are more likely punctual, literate and comprehending. Too bad a high school diploma no longer guarantees such basics.

Fave Radio Host thinks the educational establishment ought to turn that around, fueled by an end to government subsidies.  But even if all the fed and state money funding colleges were to dry up, the academic-industrial complex would raise the funds to continue (likely happier for any elimination of competition).  Which would be just fine.

College seems to be more necessary than ever, as all sorts of careers increasingly erect gate-keeping barriers, adding educational requirements.  It's tough to get a job as a community college instructor nowadays without a Ph.D.  Why? Because professors, to perpetuate and justify their existence, funnel their students into graduate programs, creating a glut of Ph.D.s with nothing else to do. Colleges now choose from plenty of Ph.Ds eager for work, so the MA has become meaningless in most social sciences.

Why couldn't there be more apprenticeships and skills-based certificate programs?  You don't need four years of liberal arts to run a small business or repair pipes or make excellent beer. You just need to know how to do it.  Years ago, when earning a high school counselor credential, I was impressed by a program in southern California that trained teens in specific careers, like chef, hotel manager, office worker, computer programmer, car repairperson.  The kids got on-the-job experience by opening to the public or internships in real-life situations.  They were prepared to earn money and be professional, but truthfully, they'll never have the prestige of advanced academic degrees, something our culture venerates.  Honest, competent, dedicated work should be just as honored. But it's not.

I have a friend who makes her living helping college applicants get accepted to their preferred schools.  It's big business to prepare students for the SAT, to help them choose institutions, and then to create applications that put the teen in the best light.  A lot rests on attending the right college, including the self-esteem of high school kids, their parents and their counselors.  High schools rate their own successes on the number of grads who go on to college, boasting when figures are high.

There's no denying that half of all students are below average (okay--below median).  But politicians, Pres. Obama included, keep insisting that every student should have the opportunity to attend college, even if taxpayers have to subsidize it.  There's a certain American spirit in offering even those with lower IQ the chance to succeed via extra-hard work. But does pushing non-collegiate students toward college just set them up for failure?

Many matriculate, and many drop out. You could argue that the failure is destructive; it doesn't feel good, and it doesn't encourage dropouts into trying other pursuits. But at least on their Facebook pages, they can forevermore write in the name of a school, ("attended So-and-So") which, in most circles, confers a modicum of status for recognizing the importance of post-high school study.  This universal esteem for college not only bumps its desirability but feeds the academic-industrial complex.  College is now another entitlement, and like the rest of them, legislators can't easily yank it away and stay in office.

Which brings us to hula.  My lesson, with a group of about fifty mostly-Japanese classmates, was for me an hour of body workout, enlightenment, intense embarrassment and fun.  We learned a dance called "On the slopes of Mauna Kea," with Hawaiian words and even a context of Island life.  Imagine living where land boundaries are so close and imminent. Where ranches and paniolos and a frontier of sorts is replacing a culture without written language, whose religion centers on four main nature gods.  In just an hour, I learned many movements and a unique way of relating to words and music.

I have to say, that free class was as useful as many of the courses I took in college, at great expense and with significantly more angst attached.  It wasn't rocket science, of course, and for the rocket scientists in our midst, college will always be a necessity.  But for the rest of us, perhaps we can adjust our attitudes about the need for taxpayers to fund non-technical learning, and grant a little more prestige to the wisdom that is freely and generously available all around us.
Posted by Northern Light at 3:39 AM