"Steve Jobs" Movie and the Democratic Folly to Tax the Rich

This week I saw the new film "Steve Jobs," a bioptic starring Michael Fassbender in the title role, and Kate Winslet as his loyal conscience, er, assistant, Joanna Hoffman. My film-critic husband gave it three out of four stars, a rating with which I'd agree.

But just as important as its cinematic quality is what it suggests about the Democrats' incessant bashing of "the wealthy."

Steve Jobs' character is so narcissistic, so sure he's right and will change the course of the world, he flattens those around him in his tire-treads. His assistant tries to assert herself, but consistently bends to his dictates. His daughter reaches out for his affection-- with even a desperate hug-- and receives only icicles. His friend Steve Wozniak, the tech wizard behind Apple's operating systems, relentlessly begs recognition for his co-workers' efforts, but Jobs, relishing his God-like power, spurns him.

The film is populated by the new "one-percent." There's a whole Silicon Valley, and several other cities nationally, filled with start-up millionaires, website successes, and app-Princes. They're young, they work incessantly, and they make big money for it. Additionally, they want to keep that money.

Hillary Clinton, in her opening speech at the Democratic debate, spoke of being "the grand-daughter of a factory worker" who seeks to "even the odds." "Right now, the wealthy pay too little and the middle class pays too much," she asserted, "So I have specific recommendations about how we’re going to close those loopholes, make it clear that the wealthy will have to pay their fair share..."

One wonders if all those website, app and start-up developers agree they're not "paying their fair share." These young entrepreneurs are mostly products of elite universities (or dropouts from them) where liberal,er, progressive politics are assumed and promulgated as fact and truth. And yet they want the prize for their labors. They're an important voter group that by their age should support Democrats, but by their accomplishments and self-interest may not. 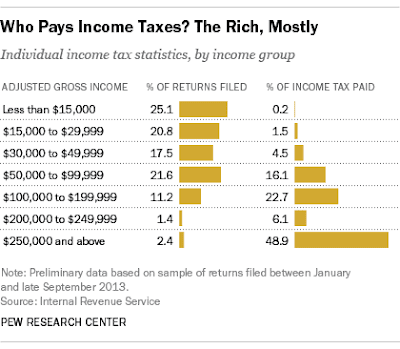 But will that turn around when Democratic candidates demand successful techies pay much more to the government? After all, using standard assumptions in the State of California, someone earning $250,000 this year forfeits nearly $100,000 of it to mandatory taxes and deductions. Bernie Sanders says tax on the wealthy should be "a damned lot higher than it is now," and approvingly cited rates of 91% under President Dwight Eisenhower. Will that sound appealing to millennials amassing their fortunes?

Here's an excerpt from Sanders' interview this May with John Harwood of CNBC:

Harwood: When you think about 90 percent, you don’t think that’s obviously too high?

Sanders: No. That’s not 90 percent of your income, you know? That’s the marginal. I’m sure you have some really right-wing nut types, but I’m not sure that every very wealthy person feels that it’s the worst thing in the world for them to pay more in taxes, to be honest with you. I think you’ve got a lot of millionaires saying, “You know what? I’ve made a whole lot of money. I don’t want to see kids go hungry in America. Yeah, I’ll pay my fair share.”

Nobody wants to see kids go hungry in America. That's why this year 46,674,000 people receive Supplementary Nutrition Assistance Program funds from the government.

I'm eager to discover how this generation of tech successes places its divided loyalties in the upcoming election. Will they cleave to their political histories and support Democrats, or will they guard their wealth and quietly move toward Republicans?

It's my guess that Hillary and Bernie's cries of "tax the rich!" will turn well-to-do techies decidedly fiscally conservative (even as they remain socially liberal), driving this growing constituency right into the moderate Republican camp.

Steve Jobs' politics weren't covered in the movie, though it's said he supported Barack Obama. In the film, though, he uses his wealth to wield power over his ex-girlfriend, the mother of his daughter. I can't imagine work-obsessed tech millennials willingly parting with most of the fruits of their labors (and giving up the power that comes with it) to solve "inequality" for the masses. No, Bernie, you won't find many techies saying "You know what? I've made a whole lot of money...and want to give it to the government." Whomever gets the nomination will learn that fairly quickly, I'm sure.
Posted by Northern Light at 11:53 PM No comments: Links to this post

On a town-wide internet forum called Next Door, a polite but passionate battle brewed this last week sparked by a mom who posted her disdain that our local middle school sells 'junk' like Pop-Tarts. The neighborhood fairly crackled with responses.

The appalled anti-sweets mom began the volley with, "Yes, I'm that mom that brings oranges as a snack instead of cupcakes. BORING, MOM! Well, I'm sorry but to me it's not a popularity contest, it's about our kids health."

She doesn't even approve of juice, dinging the Izze drink that one responder noted is only juice plus 10% water. The complainant, however, feels "Sugar is sugar. If you want some orange juice, eat an orange. It's not as good for you without the rest of the fruit."

Then a registered dietitian with a doctorate in human nutrition replied that no food is inherently bad when integrated into a well-balanced diet, and consumed in moderation. She noted that yes, obesity has complicated causes, including genetics, exercise, other behaviors as well as diet--but it's not a problem in our own highly-educated community.

She continued that many factors enter into a school's decision of what to offer, including cost and convenience. Of Pop-Tarts she says, "if you read the ingredients you'll see stuff that is good for us and stuff that the popular press has vilified without sufficient scientific evidence to support that vilification."

But many well-meaning parents seem to have a visceral hatred for sugar. Offer children sugar, it seems, and children will take it, even when warned, educated and regulated by their folks about "good choices." It's wrong to offer kids "bad choices" because kids won't listen to the warning, educating and regulating they hear.

The debate got so heated a fed-up reader rather crassly asked, "Are we now bitching about chocolate milk? I've decided to cut off my cable TV, because who needs 'The Real Housewives of Beverly Hills' when I've got the real housewives here?"


In this lovely town where I am fortunate to live, before dawn the sidewalks thump with the footfalls of runners in well-reviewed shoes, lighting their paths with headlamps. Bootcamp classes are full. Every park has tennis courts; clubs offer weight machines and television-topped treadmills. Kids engage in all sorts of sports--swim team, soccer, Little League, lacrosse.

So the brouhaha about Pop Tarts, with parents arguing whether it is their or the school's responsibility to insure that children consume only healthy food during the day, seems a bit misplaced. On the other hand, every parent wants his child eating a healthy diet. It's the luckier parents who seem to care the loudest.

But maybe this noisy discontent is beneficial. Certainly food choice is an important topic. Sooner or later, at least by high school, children will spend money on snacks without mom's protection. There will be Pop-Tarts. There will be junk food--to buy, avoid or ignore.

As a kid, in my family,  dinners were home-made "square meals" with meat, salad, starch. I never heard the term "unhealthy choices"--largely because convenience food was more expensive than mom-cooked food. We drank (whole) milk or water and never juice, soda or chocolate milk. The usual dessert was fruit. I'd ask, "what's for 'dez'?" and my mom replied "fruit" to my predicable groan. But that was the choice--fruit or nothing. We did not eat ice cream or cake or candy; it just wasn't there.

When I entered middle school, I was astonished to see a snack corner selling Jujubes, Sno-Caps, Good and Plenty, Hershey Bars. Things I'd only seen at movie theaters in glass cases. Did I find them irresistible? They seemed like a waste of money, of which I had very little.

In the morning break, which was called "Nutrition," you could get a hunk of bread slathered in garlic butter; fifteen cents bought a spiral cinnamon bun sticky with sugar, the size of a baseball glove. These "bad choices" never beckoned because no one labeled them, so I just didn't care.

When I got to high school, I became friends with a girl whose (overweight) parents bought "babka" at the local bakery. That was a gooey, rich confection that you could peel apart in layers of moist chocolate. This friend had soda in her refrigerator. She had potato chips in the pantry. All these were foods I'd seldom seen, much less had easily available.

Did I eat them when I was sleeping over at my friend's house? A little, but they never really attracted me. I don't like carbonation. I loved babka but the sicky-sweet of more than one piece tasted yukky.

What that suggests is that each home has an eating culture that creates habits and comfort zones. All these worried parents in my town reveal a lack of confidence in their own influence as molders of their children and more importantly, as good examples.

Now, my children keep kosher and vegetarian, neither of which protects from "bad choices" or an unbalanced diet. But eating shellfish, just like munching candy during my youth, is just "not something we do."

For many years, I've taught workshops about how naturally thin people eat. It's simple: eat when you're hungry, listen to your body and get exactly what you want, enjoy it to the fullest, and stop when satisfied.

If we teach our kids to ignore their body's messages and to consider candy and soda and Pop Tarts forbidden, then we increase their allure. Obesity became a severe problem not because cheap junk food proliferated as much as the fact that people bought it, over-riding their bodies' signals. Of course, the problem of obesity is complex, but fostering a culture of honest eating--that is, an "eat to live," not "live to eat" mindset--lets individuals respond to their own bodies' needs rather than rely on some nutritionist or diet guru or finger-wagging neighbor.
Posted by Northern Light at 1:18 AM No comments: Links to this post